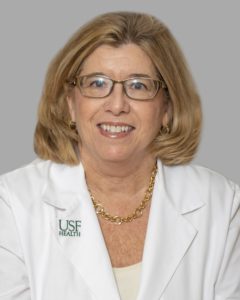 Patricia J. Emmanuel, MD, received her BS from the University of Notre Dame and her MD from the University of Florida.  After completing her pediatric residency and fellowship in infectious diseases at the University of South Florida, she joined the faculty, where she has served as the Lewis A. Barness Professor and Chair of the Department of Pediatrics since 2012.  Previously she served as USF’s Associate Dean for Clinical Research, and Chief of the Division of Pediatric Infectious Disease.  The focus of Dr. Emmanuel’s clinical and research activities has been HIV infection in infants, children and pregnant women. 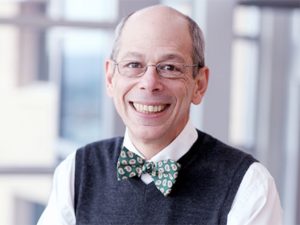 Dr. Binney received a B.A. from Harvard University in 1987 where he graduated cum laude in History and Science.  He obtained his Medical Degree from the University of California, San Diego, School of Medicine in 1991, then completed both his residency in pediatrics and fellowship in neonatal-perinatal medicine at Children’s National Medical Center in Washington, DC in 1997.  During his fellowship, he also obtained a Master of Public Health degree, with focus on Administrative Medicine from George Washington University.  He joined the Floating Hospital for Children in 1997 as an Assistant Neonatologist and Assistant Professor of Pediatrics at Tufts University School of Medicine.  While at Tufts, he completed a certificate Leadership Academy program co-sponsored by Tufts University School of Medicine and Brandeis University in 2014.  In 2020, he was promoted to the rank of Clinical Associate Professor of Pediatrics.

Dr. Binney has had numerous administrative positions during his career at Tufts.  He served as the Associate Chief of Newborn Medicine from 2006-2018 and Medical Director of the Neonatal Intensive Care Unit (NICU) from 2011-2018 where he oversaw physician, clinical and administrative coverage at all six of the community nurseries within the Floating Hospital Pediatric Community Hospital Network.  He is also the former Chief of Newborn Medicine at Lawrence General Hospital and MetroWest Medical Center.  He was named the Interim Chair of Pediatrics at Tufts University School of Medicine and Acting Pediatrician-in-Chief of Floating Hospital for Children in May of 2018.  In August 2019, he was named Chair of Pediatrics at TUSM, and in November 2019 he became the David and Leona F. Karp Professor of Pediatrics. 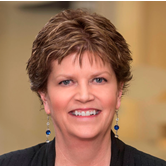 Charlotte M. Boney, MD grew up in west Tennessee, received her MD from the University of Tennessee and completed a residency in pediatrics at Johns Hopkins Hospital and a fellowship in pediatric endocrinology at the University of North Carolina, Chapel Hill. She was a member of the faculty at Brown for 20 years, serving as Chief of the division of Pediatric Endocrinology at Hasbro Children’s Hospital for 10 years and Program Director of the fellowship training program in pediatric endocrinology at the Alpert Medical School of Brown University in Providence RI for 12 years. In 2015 she became Pediatrician-in-Chief of Baystate Children’s Hospital and Professor and Chair of Pediatrics at UMass Medical School-Baystate in Springfield, MA. She is a past member of the board of directors of the Pediatric Endocrine Society, a Castle Connolly Top Doctor since 2013, past editorial board member of Contemporary Pediatrics and American Journal of Physiology-Endocrinology and Metabolism, and past member of the NIH-NIDDK endocrine and metabolism fellowship grants study section. She is currently the Chair of the Sub-board of Pediatric Endocrinology of the American Board of Pediatrics. She has been a volunteer for over 20 years with Yankee Golden Retriever Rescue and lives with her husband and 3 Golden Retrievers aged 3 to 12 years! 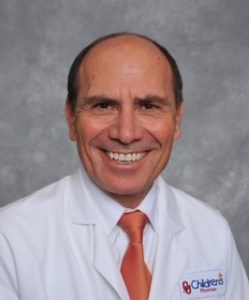 Hi, I’m Mo Gessouroun and I am the Chair of Pediatrics at University of Oklahoma College of Medicine and Director of the Children’s Division of OU Physicians.  I have been the chair since assuming an interim role in August, 2016 having become permanent chair in January, 2018.  Before becoming chair I had been the chief of Pediatric Critical Care and Medical Director of the Pediatric ICU at The Children’s Hospital at OU Medical Center for 26 years. I am excited after having been a participant in the AMSPDC New Chairs program for 3 years to offer my assistance to other new chairs joining our ranks. 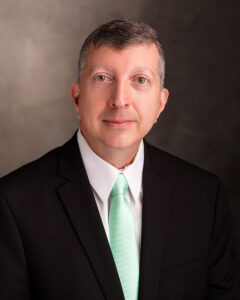 Angelo P. Giardino, MD, PhD, MPH, is the Wilma T. Gibson Presidential Professor and Chair of the Department of Pediatrics at the University of Utah’s Spencer F. Eccles School of Medicine and Chief Medical Officer at Intermountain Primary Children’s Hospital in Salt Lake City, Utah. He received his medical degree and doctorate in education from the University of Pennsylvania, completed his residency and fellowship training at the Children’s Hospital of Philadelphia (CHOP), and earned a Master’s in Public Health from the University of Massachusetts, a Master’s in Theology from Catholic Distance University and a Master’s in Public Administration from University of Texas-Rio Grande Valley. He holds subspecialty certifications in Pediatrics and Child Abuse Pediatrics from the American Board of Pediatrics. He is also a Certified Physician Executive (CPE) within the American Association for Physician Leadership, completed the Patient Safety Certificate Program from the Quality Colloquium, and is certified in medical quality (CMQ) as designated by the American Board of Medical Quality. Dr. Giardino is a member of the American Academy of Pediatrics Committee on Child Health Finance. He is a recipient of the Fulbright & Jaworski Faculty Excellence Award at Baylor College of Medicine and the 2013 Healthcare Advocacy Award from Doctors for Change in Houston, TX.

His academic accomplishments include published articles, chapters, and textbooks on child abuse and neglect, contributions to several national curricula on the evaluation of child maltreatment, and presentations on a variety of pediatric topics at both national and regional conferences. He is an Associate Editor for the 23rd and 24th editions of Rudolph’s Pediatrics which is McGraw-Hills flagship pediatric text which has been continuously published since 1898. He is a board member for several national and regional boards, including Prevent Child Abuse America, Mobilizing Action for Resilient Communities, and the U.S. Center for SafeSport. Previously, Dr. Giardino served for 12 years on the National Review Board for the U.S. Conference of Catholic Bishops, where he chaired the Research Subcommittee, was elected Vice-Chair, and introduced the concept of high reliability as a quality improvement approach to work toward the response, and ultimately the prevention, of child sexual abuse in the church environment. 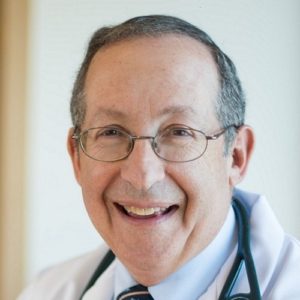 Dr. Lewis First received his B.A., M.D., and M.S. in Epidemiology from Harvard University. He did his residency at Boston Children’s Hospital followed by a fellowship in Ambulatory Pediatrics. In 1994 Dr. First, a general academic pediatrician with a strong interest in medical education, left Boston to become Professor and Chairman of the Department of Pediatrics at the University of Vermont College of Medicine and Chief of Pediatrics at the University of Vermont Children’s Hospital, a position he currently continues to hold. From 2003-2008, Dr. First also served as Senior Associate Dean for Medical Education and helped develop and implement the Vermont Integrated Curriculum, which continues in use today. In 2009 Dr. First also became Editor-in-Chief of the American Academy of Pediatrics (AAP) peer-reviewed journal Pediatrics, a position he also continues to hold today.

On a local and national level, Dr. First has won numerous teaching awards including the AAMC’s Robert J. Glazier Distinguished Teacher Award (2002), AAP’s National Medical Education Award (2007), and the Miller-Sarkin Mentoring Award from the Academic Pediatric Association (2007).  In 2014 he was the recipient of the Joseph W. St. Geme Jr. Leadership Award from the Federation of Pediatric Organizations, and in 2017 Dr. First was the recipient of the George V. Kidder Outstanding Faculty Award from the University of Vermont Alumni Association—awarded for excellence in teaching and advising and for the ability to inspire students and have a lasting influence on their lives, the first medical school faculty member to earn this university-wide honor. In 2019 Dr. First was named Chair Emeritus and Honorary Member for Life of the National Board of Medical Examiners, and this year (2020) he was selected into the initial cohort of 16 for the National Academy of Distinguished Educators in Pediatrics.  Dr. First has authored several dozen peer reviewed publications and co-edited five textbooks.  In addition, Dr. First offers medical advice to parents entitled, “First with Kids,” on weekly radio and television news segments, as well as in multiple community newspapers throughout Vermont.

Bruce Rubin is the Jessie Ball duPont Distinguished Professor and Chair of Pediatrics at Virginia Commonwealth University, Physician in Chief of the Children’s Hospital of Richmond at VCU, and has been named a Virginia Eminent Scholar in Pediatrics. He is also Professor of Biomedical Engineering and affiliate Professor of Physiology and Biophysics at VCU. As a Rhodes Scholar, he trained in Biomedical Engineering at Oxford University and then did his fellowship in Paediatric Respirology and Critical Care at Sick Kids in Toronto. He holds the MD and Masters in Engineering degrees from Tulane, and an MBA degree from Wake Forest University Babcock School of Business. He is a member of Board of the Virginia March of Dimes, The Virginia Board of Health Professions, the VCU Center for Communication and Health, the International Congress of Pediatric Pulmonology (CIPP), and the American Respiratory Care Foundation, and he is Medical Advisor to the Virginia Society of Respiratory Care. He is a fellow of the AAP, elected to the APS, and a Fellow of the Royal College of Physicians and Surgeons of Canada.

Dr. Rubin received the Forest Bird Lifetime Scientific Achievement Award as well as the Jimmy A Young Medal from the AARC, the Prix extraordinaire from CIPP and he is a Prix Galien Laurate. He holds honorary appointments in four medical schools, is on the editorial board of 11 journals, has published more than 300 original research papers and chapters, and holds 11 patents. His research focus is regulation of mucus clearance in health and disease, airway inflammation and immunomodulation, cough, and aerosol delivery of medications.

Dr. Rubin is also a magician, elected to membership in the International Brotherhood of Magicians (Wizard Award) and over the past 25 years has taught medical magic in 40 countries on 5 continents.

Follow Us
Search
Copyright 2022 - All Rights Reserved
Back To Top