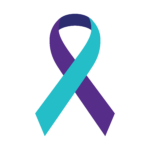 September is Suicide Prevention Awareness Month, a time to raise awareness, acknowledge those in our community affected by suicide, and connect youth with suicidal ideation to treatment services. Suicide is the 2nd leading cause of death among young people aged 10-24 and in 2021 there was an over 50% increase in emergency room visits for attempted suicide among girls as comp are to 2020. Suicide attempts also increased across a range of groups including youth who identify as LGBTQ+, African American and Native American youth, among others.

Resources are available to support pediatricians around suicide prevention. The National Child Traumatic Stress network has parent and youth facing materials, National Suicide Prevention Awareness Month | The National Child Traumatic Stress Network (nctsn.org) and the AAP has a Suicide: Blueprint for Youth Suicide Prevention (aap.org) created in partnership with the American Foundation for Suicide Prevention. In addition, the surgeon general’s report includes guidance for youth, family members, schools, and pediatricians from pages 12-22 that can be shared. surgeon-general-youth-mental-health-advisory.pdf (hhs.gov)

Suicide prevention efforts are intrinsically tied to other advocacy priorities of pediatricians including access to care for all children , depression identification and treatment, and gun violence prevention. In July 2022 the new National 9-8-8 line became available and this information can be shared with children and their caregivers across the country.

If you or someone you know is struggling or in crisis, help is available. Call or text 988 or chat 988lifeline.org to reach the 988 Suicide & Crisis Lifeline.

Vision: Academic Pediatric Departments lead in care delivery, research, training, and advocacy that improves the health and wellbeing of children in their communities and throughout the world.

The American Medical School Pediatric Department Chairs stand behind our providers and pediatric leaders who are working to give the needed care to an underserved population of youth who identify as transgender and gender dysphoric who face significant health disparities.

Follow Us
Search
Copyright 2022 - All Rights Reserved
Back To Top